Buying right of way for segment expected early next year

by The Gazette: Liz Martin 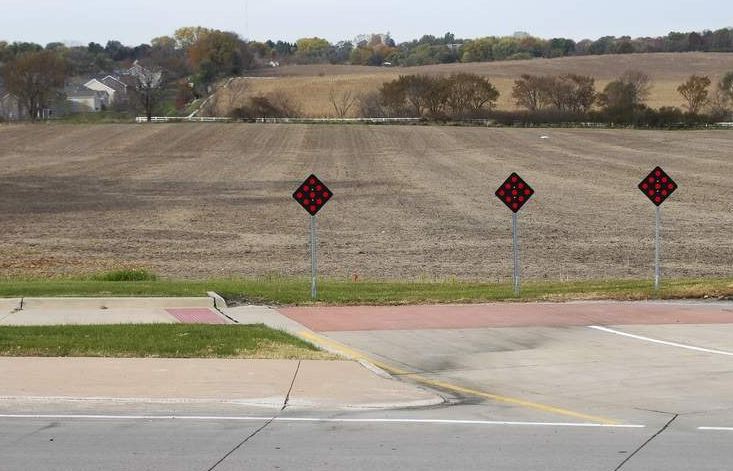 A key new segment of the fragmented Tower Terrace Road is coming into focus with design updates and the process to acquire right of way beginning in early 2020.

A 1.25-mile segment of Tower Terrace would be added, connecting C Avenue NE to Alburnett Road with an estimated cost of $10.5 million.

“Roundabouts — that would probably be the first thing people notice as far as the biggest changes,” she said of the updated designs.

Single-lane roundabouts have been plugged in for C Avenue and Barnsley Lane in Marion, along with accommodations for bikes and pedestrians, Fall said. The roundabouts would be built with room for additional lanes, but expansion would not occur for years, if not decades, she said.

Residents can learn the latest details about the project and ask questions at an open house planned from 4 to 6 p.m. Monday at St. Mark’s Lutheran Church, 8300 C Ave. NE.

This particular segment of Tower Terrace is significant for a few reasons. It would provide another option to get between Marion and Cedar Rapids, relieve pressure on Boyson Road and open more development opportunities in Marion, Fall said.

“Because Tower Terrace won’t be connected for several years, we are planning now for expansion because when it’s connected it will see a lot of traffic,” Fall said.

Hy-Vee owns land for a future grocery store at the southwest corner of C Avenue and the eventual Tower Terrace.

Tower Terrace has been in planning for decades as an 8-mile arterial belt to connect north metro communities from Interstate 380 to Highway 13.

A $15 million I-380 interchange for Tower Terrace is in the Iowa Department of Transportation budget with construction expected between 2021 and 2023, weather permitting.

With a completed road and interchange, Tower Terrace is expected to see a significant traffic boost and a surge in development, which has had community leaders eager for its completion.

However, the project has been slow to materialize and largely is a series of segments and gaps. The cost to complete the road has been estimated at $94 million, but would be completed in smaller pieces — such as Alburnett to C Avenue — over several years, possibly through 2045.

The Iowa DOT is planning a public hearing related to Tower Terrace to share the final impacts of the interchange from 5 to 6:30 p.m. Jan. 9 in Hiawatha City Hall, said Cathy Cutler, a state transportation planner.

“We don’t expect a huge (traffic) increase until the remainder of Tower Terrace is built to more connector roads to the east and eventually when Edgewood Road is extended on the west side,” Cutler said in an email. “The current (interchange) project will connect to Center Point Road, so would provide some relief for the Boyson Road interchange.”