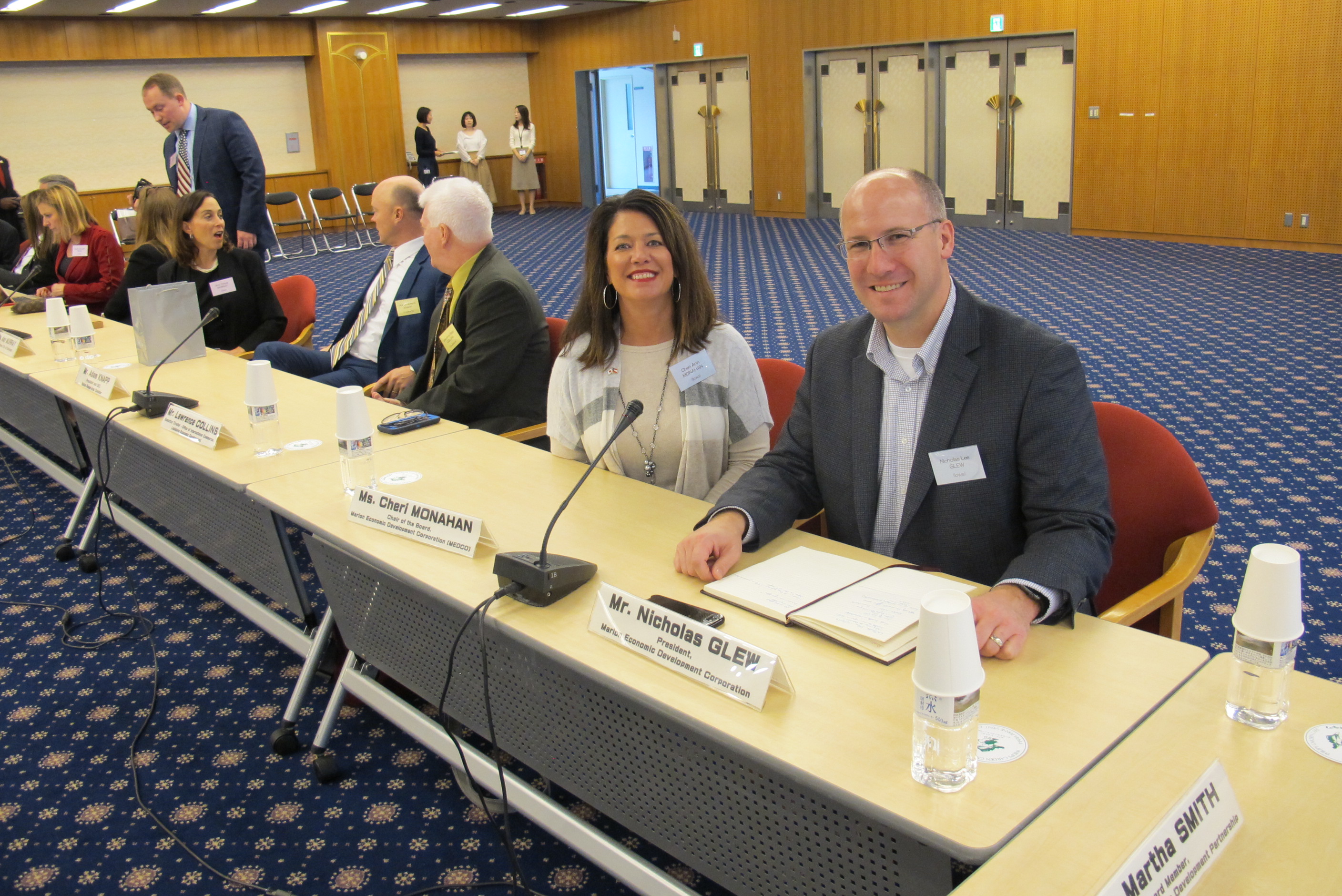 MEDCO President Nick Glew and MEDCO Board Chair Cheri Monahan recently returned from a weeklong business exchange program in Japan. Both were selected to represent that state of Iowa as part of the GEN-J Program sponsored by the Japan Foundation. The exchange program was created in 2018 in order to strengthen the collaboration between Japanese companies operating in the U.S. and local communities.

Throughout the week, Glew and Monahan had the opportunity to meet with Japanese business executives including the leadership team of Keidanren, a comprehensive economic development organization representing more than 1,400 Japanese companies. Meetings were also held at the Ministry of Foreign Affairs as well as the Japan Foundation in order to better understand both the Japanese business climate and how local economic developers in the US can uncover new opportunity in Japan.

The exchange program was on the heels of a weeklong visit from Iowa Governor Kim Reynolds. Reynolds led a 24-member trade mission delegation to Japan, meeting with many of the same individuals. Just this week Japan’s parliament approved the U.S.-Japan trade agreement that eliminates or reduces a broad range of import tariffs, specifically on agricultural products.

Marion is home to Freund-Vector Corporation, a company with corporate headquarters in Tokyo.