History of the Development of the Marion Enterprise Center

In the Fall of 2007 the Marion Economic Development Corporation (MEDCO) and the City of Marion began an aggressive initiative to focus on business attraction and the redevelopment and clean up of the Brownfield / Central Corridor area of Marion. A significant aspect of this venture was the opportunity for existing Marion businesses to re-locate to a different location within Marion that would incorporate more compatible land uses in adjacent areas.

At the end of January, 2008, MEDCO began discussions with the owners of a 95 acre farm. The MEDCO board approved purchasing Fernow Farms in April 2008. Concurrently the City of Marion agreed to provide financial support for the purchase and development of a progressive and cutting edge office/industrial park.

MEDCO Holding Company, LLC. (MHC) was established as a wholly owned corporation of MEDCO to serve as owner/manager of the land. At that time the project became known as the Marion Enterprise Center.

MEDCO made a commitment to work with surrounding landowners in creating a business park that would help bring new opportunity to both new and existing business. In January 2010, MEDCO Holding Company purchased an additional 88 acres. 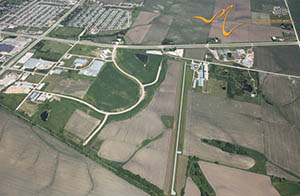 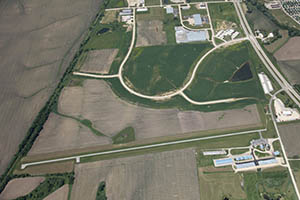